If you are born round you can die a developer 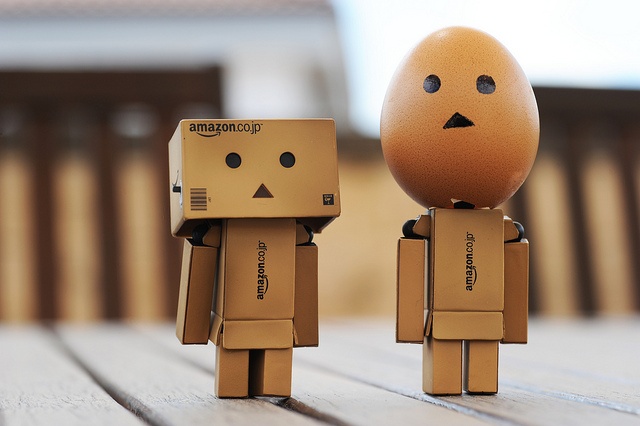 The main aim of this post, is to open the eye of people on the great opportunities offered by the It sector, and is aimed to all those people that may never think, that one day, they could became programmers.

Look outside the box

Please now use your imagination, you are the owner of a small coffee shop, looking for a change, have experience in business, management, accounting and hospitality, what do you think is your next job going to be?

Well, let me answer this question for you, as the example above, is my past and I ended up spending the rest of my career since that day, in an office, building a great career in IT as a Web Developer.

All that was needed to make me try, was a chat with a friend, during a warm afternoon (I am not expecting you to wait for warm afternoon in wales, otherwise you will have to wait quite a while). It was a simple conversation, nothing specific was really mentioned, but it was enough. It made me think, and after a couple of week, decide to give it a try and send a couple of CVs around, and this is what I hope this post will do to you.

For many years, the technology sector has been struggling with the high demand, and even today, the gap between supply and demand is just not getting better.

The government has been trying to reduce this gap for a long time. It introduced various incentives for company (to be able to offer higher wages), and now is even trying to “raise” the next generation from an early age, including technical skills such as programming in the curriculum as early as possible. ( Starting at 5 years old, full post HERE)

Unfortunately, this effort will probably take another decade to really produce any helpful benefits, and by that time, the I.O.T. ( internet of things) and VR (virtual reality will produce an ever larger demands.

Became a developer: the fact

The barrier to became a developer have never been lower. Cheap PC, and high volume of free internet courses have enable everyone to give it a shot.

You don’t need to invest millions of pounds or years of studies. In fact a recent survey form stack overflow ( also known as the bible of programmers), has found that less than 60% of developers have any programming related degree. This means that 4 of 10 developers, have never studied it before actually getting the job.

This percentage is huge compared to other industries, and I can confirm, from personal experience, that the survey is spot on. We have over 80 developers in the company for which I work, and the percentage of people without an IT education is even bigger that the one mentioned above, and to be honest, most of the time the self tough individual manage to reach higher positions and became better programmers.  ( This is a personal feedback from experience, but I have no real data to show it).

In recent years I had the opportunity to hear many stories of great developers and how they began their careers. I spoke with people that were used to work in call centre and learned the job by sitting with their IT team during lunch times, and others that where used to work in factory, and just come by and knocked the door of an IT company to ask if they would even give them a chance or most recently, I have personally started to train a Canadian guy that has been working in the petrol industry for 13 years.

As mentioned at the beginning of this post, I just wanted to open people eyes. I really hope to be able to inspire someone to give it a try and really see that it is possible and great opportunities to became a developer are waiting just around the corner.

It has never been one of my dream, and I have never thought ( not even after going to the interview) that I could make it, but sometimes, we not only have to think outside of the box, but also look far and beyond our comfort zone and believe that even if we are born round, we can die programmers (The title is coming form a Sicilian proverb “Born round, you don’t die square”, that basically meant that people don’t change their basic nature).

If you know anyone that is looking for a job, or that could be a good fit and need support, please share my contacts, as I will be more than happy to help.